Yes, I know that is has almost been a year since our last post and yes I know that I said we were going private.  We still might as we have had some of Josh's clients dig into our personal life. But for now let me explain how awesome my husband is.  As many of you know, Josh loves to run.  He runs half marathons on the treadmill all the time but recently decided to run an official race.  He looked into the Tough Mudder and other obstacle races and found The Spartan Race in Colorado Springs and signed up.  What is an obstacle race?  Watch the video below and be amazed!

So he signed up for the half marathon version but they ended up combining several of the races into one.  So the race was five miles but with double the obstacles.  We are talking crawling in the mud with a rifle and barbed wire above you.  They ran across fire, scaled walls, had to run up hill with a hundred pound sack and yes, men hitting you with sticks!

He did great!  He placed 22nd in his heat!  We think he tore his quads and can barely walk, he rolled his ankle and has several deep gashes on his leg from the bared wire!  Needless to say he is so SORE!  He said that nothing, not even SWAT training can compare with this race!

We are so proud of him and the great job he did! 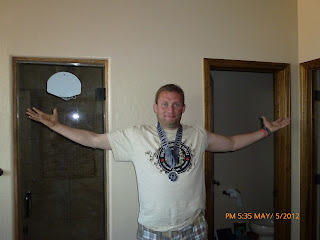 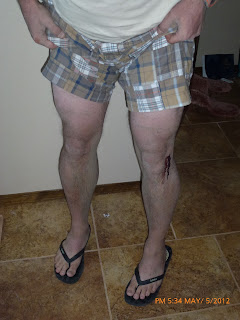 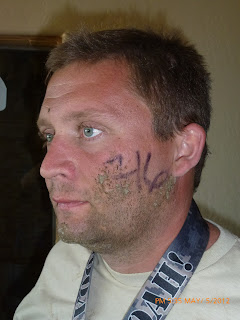 He was a little muddy (to say the least)!  They make you write your entry number on several parts of your body to identify you if you pass out or die!!
Posted by Josh and Dana Carpenter at 9:08 PM

The Chronicles of Vernal said...

Good Job Josh !!! So glad that you guys are doing well. Are you guys ever back in Utah? We would love to catch up some time. 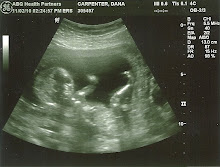